How this got started

I first saw Eugene Von Bruenchenhein’s paintings in 2003. I found them mysterious and evocative, and full of energy. The more I looked at them, the more they expanded beyond the borders of the frame. They seemed to carry with them a complex history, as if they were glimpses of a world distant from our own. Many appeared to depict an event—on land, underwater, or in deep space—drawn from some alien cosmogony. The paintings were relatively inexpensive, so I purchased a few. A couple of years later, I purchased a few more. And a few more. I loved the places they took me and the power they had to stimulate my imagination. Finally, my enthusiasm for the paintings reached the point that I wanted to share them. So, in May, 2009, we launched vonbruenchenhein.com. 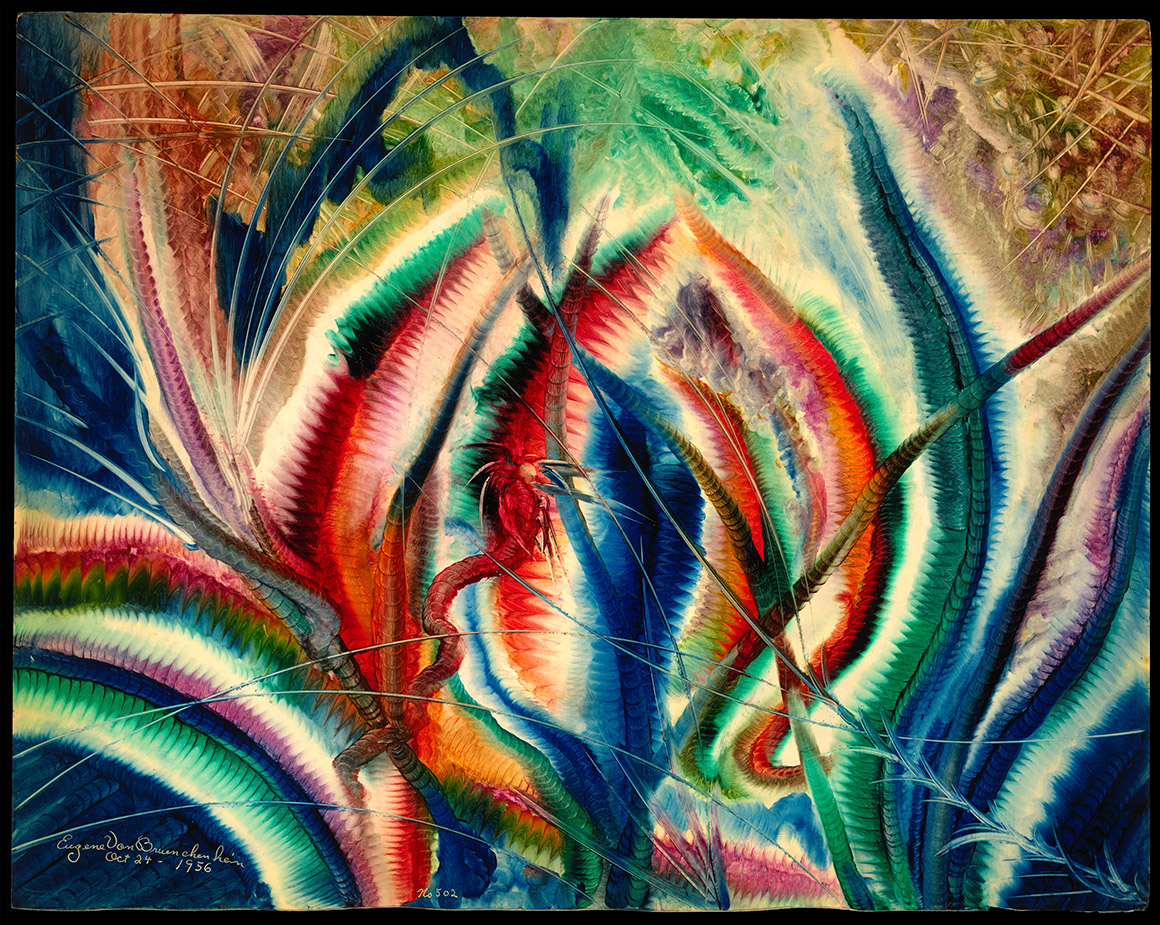 EVB—Gene to his wife and friends—was born in Wisconsin, married a local girl, and worked in a bakery during the ten years that he completed his most imaginative pieces, 1954-1963. The two of them lived in a small house that had belonged to EVB’s father, and they barely got by. His first paintings were on panels of boxes that he brought home from the bakery. As his devotion to painting increased, he would purchase paint and boards from a local art supply store. Gene worked without an easel, on the kitchen table. On summer nights, he’d put up a couple of floodlights and paint in the back yard. Most of his paintings were completed in a single frenzied session, one to three hours in length. His neighbors regarded him as a weird character. EVB saw himself as a great artist, but was unsuccessful in selling his work or gaining any recognition. By his own accounting, he completed 1,080 paintings. When he died, his small house was crammed from floor to ceiling with them.

Initially, he painted with brushes on canvas. Then in 1954 his technique changed. He started painting on board with his fingers. In 1955, he began to treat his board surfaces with a white or cream undercoat, and in addition to using his fingers, he began to scrape the paint with combs, quills, and bakery tools, revealing the undercoat beneath. His experiments with this technique proceeded through 1955 with a limited color palette. Then in 1956 his technique took a quantum leap and his colors went wild. He painted like a madman for about five years, producing a staggering number of images. Then his energy flagged, along with his health. The quality of his pieces became sporadic—brilliant things mixed with less brilliant—until 1963, at which time his painting ceased.

Prior to 1954, EVB spent a decade taking photographs, mostly of his wife Marie. After 1963, he devoted himself to sculpture. He returned to painting in the late 70s, just before his death. Everything EVB produced bears evidence of his great energy and imagination. But the paintings completed during 1954-1963 are extraordinary. There are roughly 950 of them, about 70% of which have been documented by museums and the estate that survived the artist. The rest have either vanished or are in private hands. About 80 were given away by EVB during his lifetime, and many of these have never surfaced. Some have undoubtedly been destroyed. Others may be gathering dust in a closet or attic. 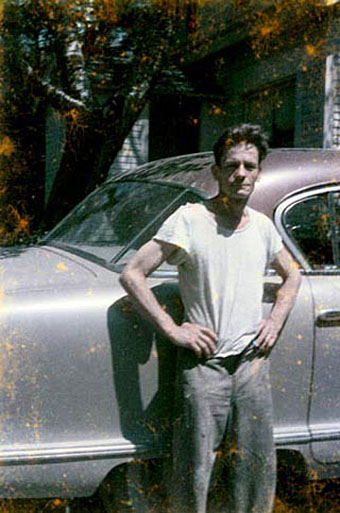 EVB saw himself as a great artist,
but was unsuccessful in selling
his work or gaining any recognition.
By his own accounting, he com-
pleted 1,080 paintings. When he
died, his small house was crammed from floor to ceiling with them. 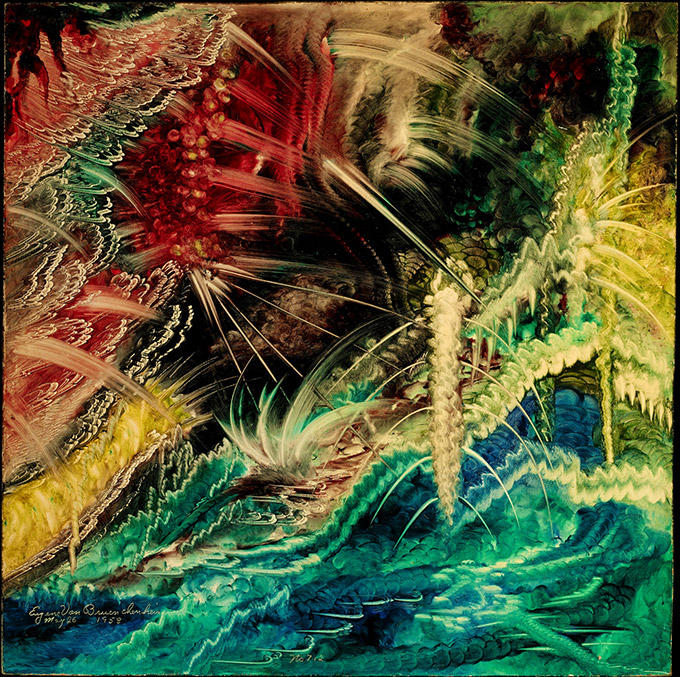