From the standpoint of the art world, EVB is an outsider. He was self-taught and worked in isolation. He was first embraced by the Outsider Art, Art Brut, and Folk Art communities. His sculptures, especially, said “Folk Art” because of the materials he used. But EVB’s paintings are unlike what is generally seen in the Folk Art domain. The painting style isn’t primitive. It shows great skill. EVB was a master of technique. It just happened to be his own. 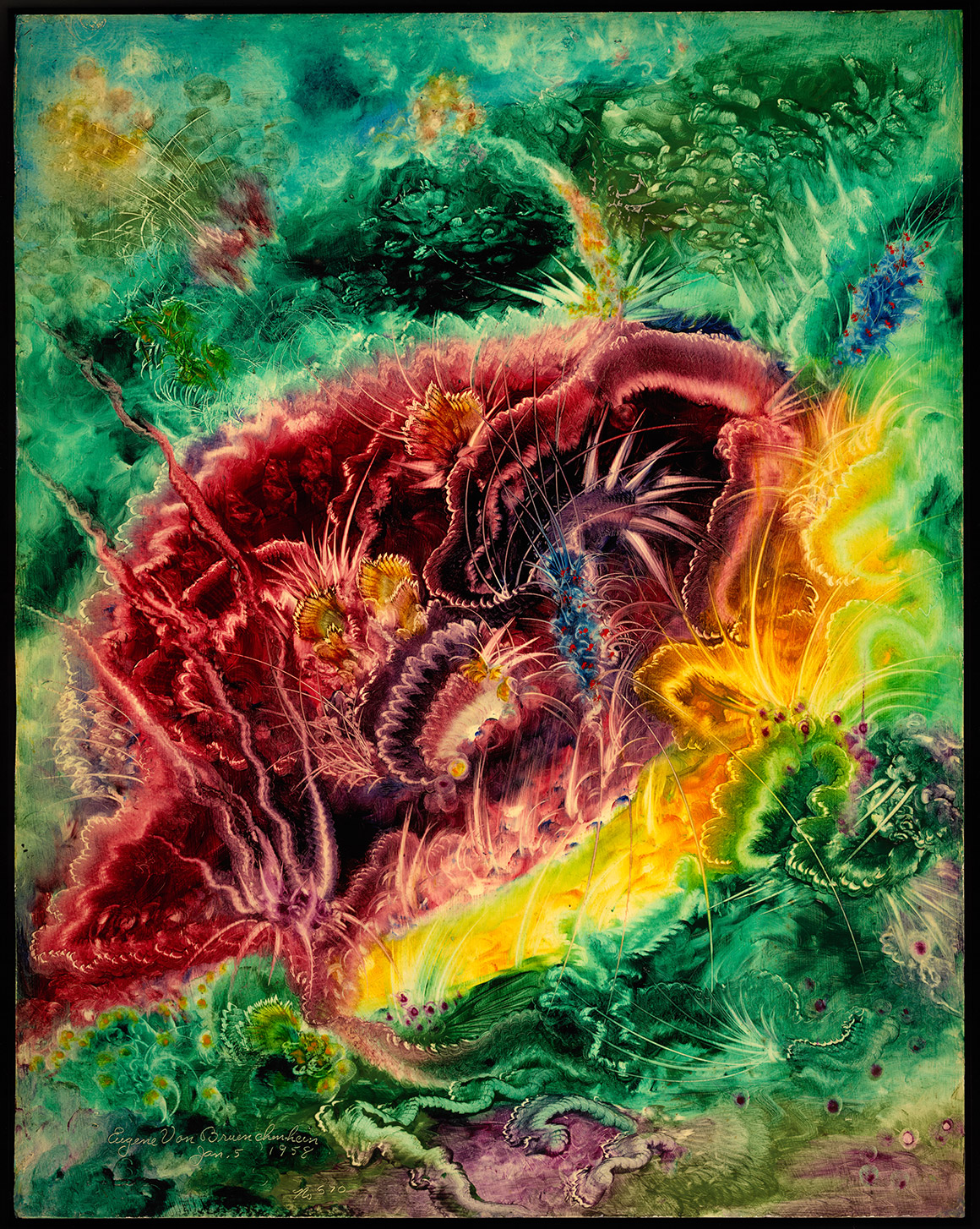 Most people are content to live in this world. But a few of us would prefer to be somewhere else. There are lots of reasons for a disengagement from reality, but without getting into causes, people who want to disengage, and have a lively imagination and some creative ability, may choose art as a means of creating and living in a different world. For these people, their “vision” of a world apart becomes the chief reality. That’s a different kind of life, and it produces a different kind of art. The individuals I’m thinking of have two simple identifying traits:

A different world and a more profound one

First, they have a desire or compulsion to set the everyday world aside in preference to another world. Second, they believe that the world they have envisioned is more profound and more real than the everyday world. Plato compared day-to-day existence with life in a cave. Above the cave, he said, there was a different world with better lighting, and that world was the more important one. That’s the Visionary perspective. The envisioned world may be blissful or full of torment. Sometimes it has elements of both heaven and hell. But it is a world apart from the one we live in, and, to them, it is more important. 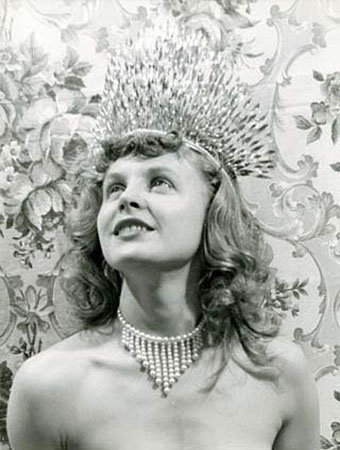 EVB’s paintings are unlike what
is generally seen in the “Folk Art” domain. The painting style isn’t primitive. It shows great skill.
EVB was a master of technique.
It just happened to be his own. 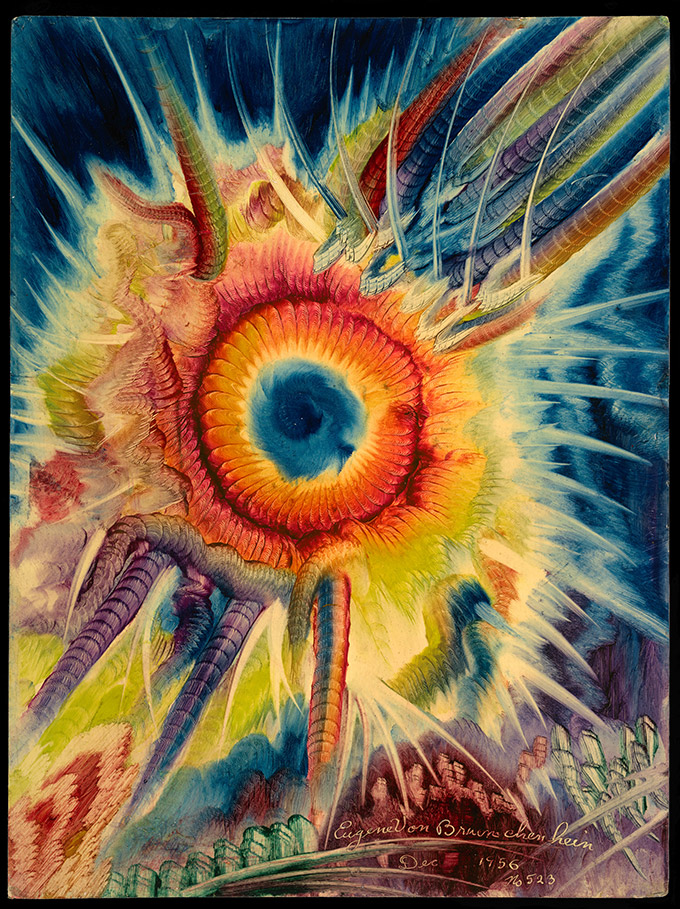