To set our odd folks in perspective, here’s a two-bit history of visual art, as they might perceive it:

Before the advent of the camera, most painting was what we now call photo-realistic. It attempted to depict something in our everyday world as we might see it. An occasional Visionary appeared, like Bosch or Brueghel or Goya, and, of course, many painters did biblical interpretation which was often Visionary in nature.

About the time that the camera came along, a new kind of art arose that we might call “subjective.” Under that heading, we could include most of what is referred to as impressionistic, expressionistic, pointillistic, cubist, and so on. The objects and scenes depicted were from the everyday world. They were known and familiar. But they were viewed through a distorted lens, which was the artist’s subjective view of the material. Again, as in the photo-realistic era, an occasional Visionary appeared. Van Gogh in his last two years, for example. During both the photo-realistic era and the subjective era, what set the Visionary artists apart was that they were not depicting objects and scenes from the known world. They were depicting places, events, and creatures that had never been seen.

In more recent times, the search for new modes of “subjectivity” expanded, and the artist’s lens became increasingly distorted, until the scenes and objects grew unrecognizable, and all that remained was a non-cognitive image, with whatever mental and emotional attributes we might intuitively ascribe to it. That’s abstract expressionism—deconstructed art. There could be Visionary artists in the photo-realistic and subjective eras, but there aren’t any Visionary abstract artists. Visionary art can’t be abstract or deconstructed, because in order to envision an alternative world, the image has to be recognizable. 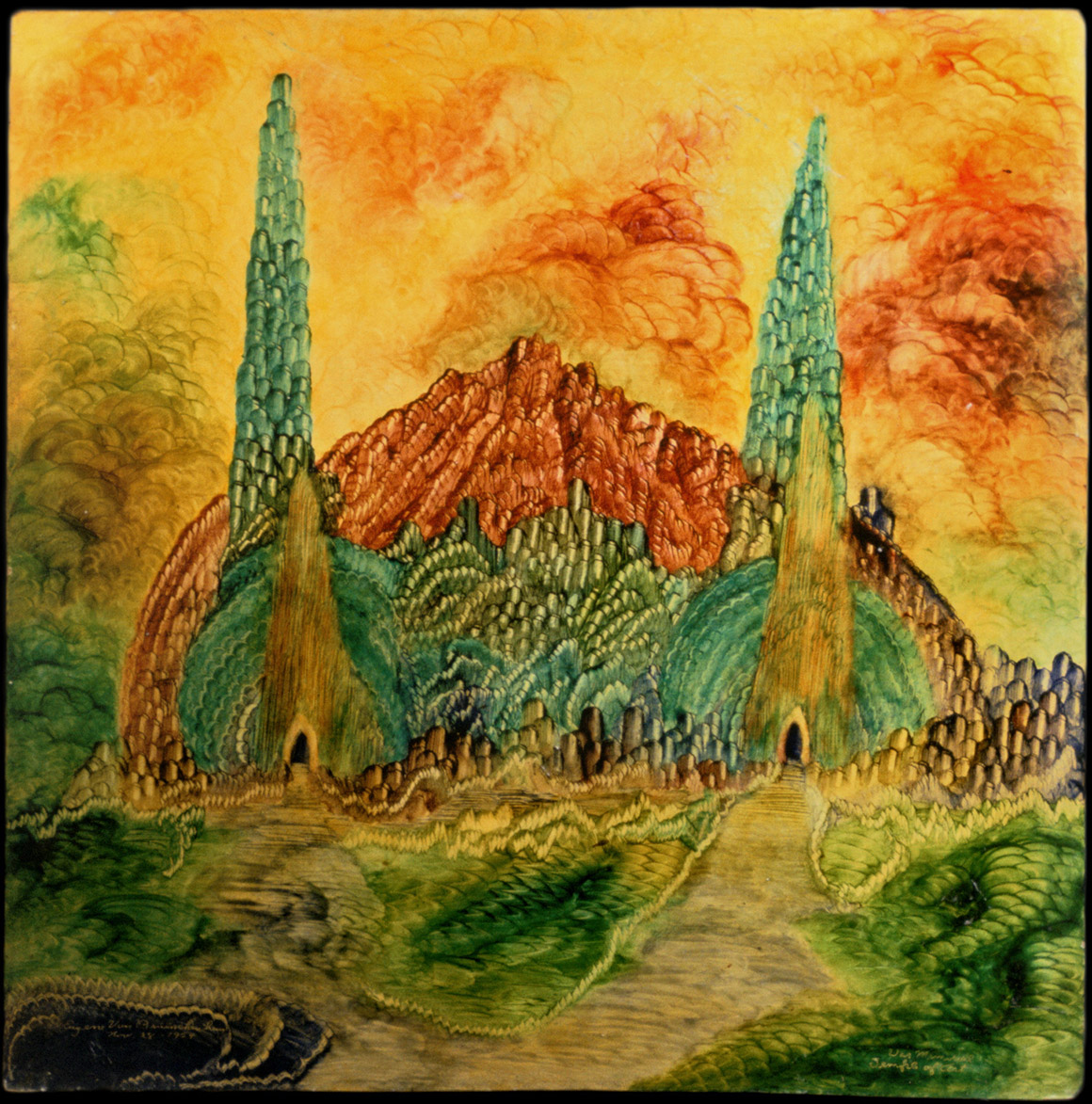 Is a fairy tale Visionary Art? What about paintings of “swords and sorcery”? Or a story about fantastic creatures told as a parable? No, none of these line up with my definition. They don’t depict worlds more profound than our own. They are fictional creations, meant to entertain or educate. William Blake’s “Jerusalem,” on the other hand, reveals what the artist believed was an archetypal reality. In J. G. Ballard’s The Crystal World, the characters believe that the transformed world is a fulfillment of desires unsatisfied by our everyday world, and the reader knows that the author agrees with them.

How do Visionary artists get that way? They were undoubtedly born with the proclivity, but in poking into their early lives, I’ve noticed that most had a traumatic event that cut the ground out from under them. Typically, this occurs between the ages of four and seven, when the imagination engine is in high gear. Some had a near-fatal accident or illness. Some lost a parent. The attachment to reality is badly shaken, and the child seeks a firmer foundation elsewhere. EVB’s mother died when he was seven. 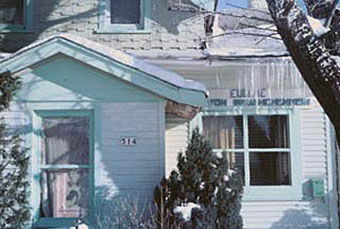 During both the photo-realistic era
and the subjective era, what set the visionary artists apart was that they were not depicting objects and
scenes from the known world. They were depicting places, events, and creatures that had never been seen. 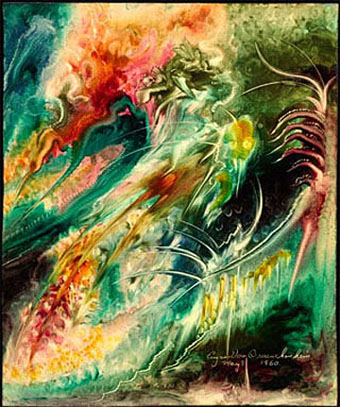