The limits of vision

What can we know of a world other than our own? These other worlds lie at the edge of our perception. They are intimations of higher states, and only intimations. Visionary truth is hazy, blurry. Once truth becomes clear and concrete, it becomes part of the world we live in and know day-to-day, and ceases to be a subject for visions.

As a result, Visionary Art is condemned to be an art of things seen briefly and uncertainly. It is limited to extrapolating from what we know concretely, to what is sensed vaguely and dimly.

Bugs have different levels of awareness when it comes to large creatures like human beings. There are spiders that will turn and stare you full in the face. The ants in our homes, on the other hand, don’t appear to recognize us. Their perceptual equipment seems to stop short of understanding that we exist. If an ant Visionary had some inkling of our existence, it would be vague. His art might communicate a sense of an alien purposefulness and power. A will of vast proportions, of knowledge and awareness beyond the limits of ant consciousness. But it would have to stop there. An ant, even a Visionary ant, wouldn’t be able to put a clear face on his creation. 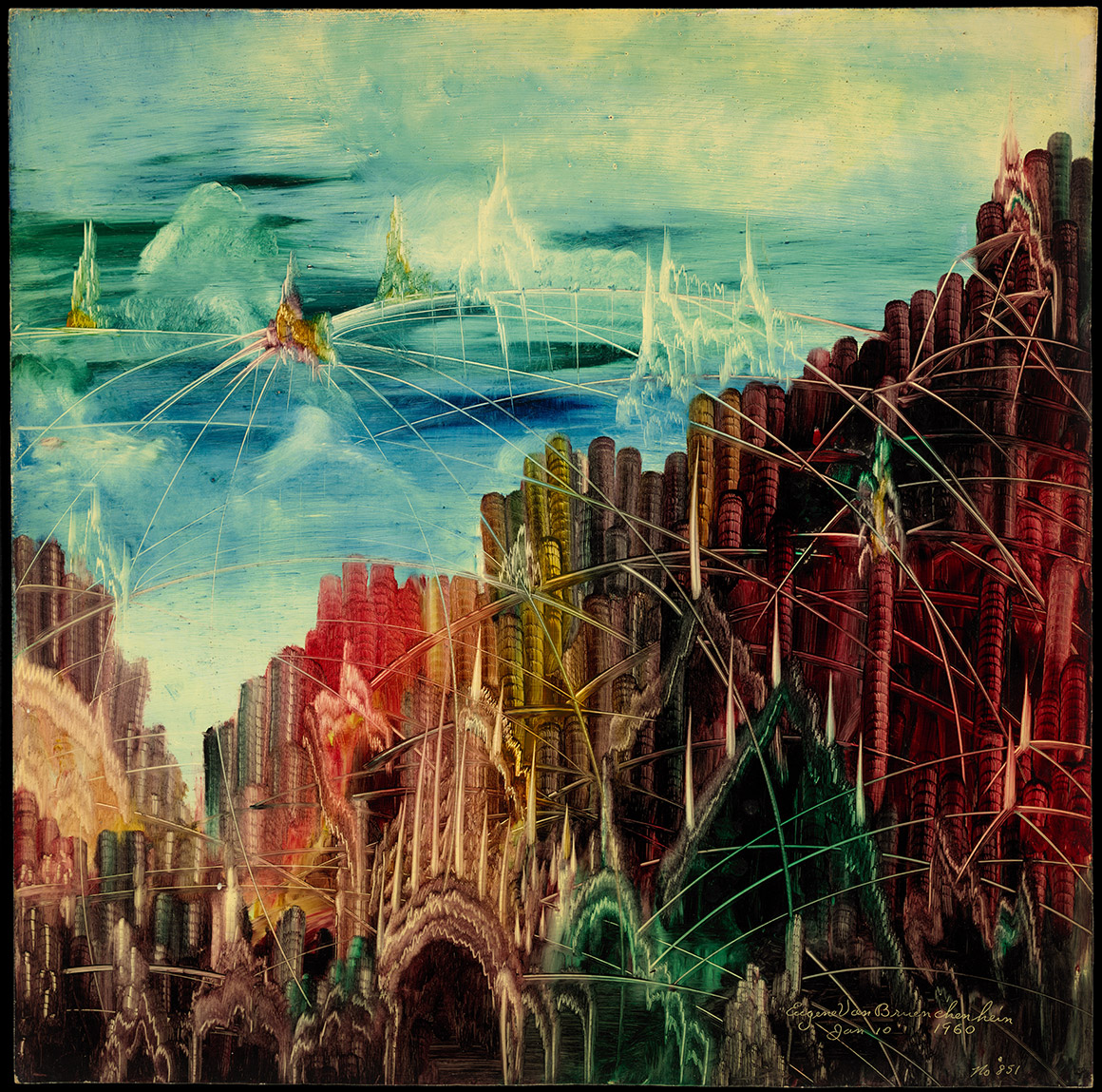 The art we’re talking about often focuses on the physical boundaries of our world. The depths of the oceans, the tops of high mountains, the heavens or the far reaches of space. The search for a more fundamental reality may lead back in time, into human pre-history, the creation of the earth or the birth of the cosmos. It may send us into another dimension, to view objects or places or beings that have no clear connection to our everyday reality. Or it may look forward to some imagined moment, often a cataclysm, an apocalypse. Depictions of the destruction of our world are a staple, as the denial of our world is at the heart of the Visionary temperament. Of the paintings found on the walls of the Christian catacombs, the majority were images of the Deluge.

The Visionary is a misfit. It’s surprising that so much art that is lasting comes from these folks. This must be because art that is anchored in the everyday world is subject to aging. The images and ideas show their years and appear increasingly infirm. Visionary Art, on the other hand, has a life apart because it depicts a world apart. As a result, if the truths in Visionary Art resonate, there is a likelihood that they will resonate for a long time. In many cases, the voices of Visionary artists are only audible to humanity once the everyday world they lived in has vanished. For a living artist, this is little comfort. The world he spurns finds no value in his art, and he knows there’s a kind of justice in that. The artist fears that his obscurity is deserved, and his labors will be rewarded after his death by still deeper obscurity. Listening to EVB’s tapes, you get a powerful sense of the depth of his despair. “What a stupid thing this is,” he laments. “What a stupid thing this is. People don’t know… That art [of mine]… it was beyond a doubt, it was out of this world.” 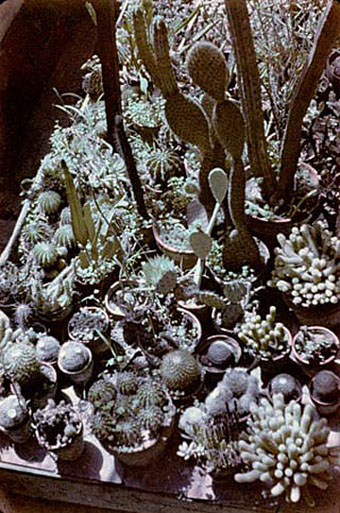 The search for a more fundamental reality may lead back in time,
into human pre-history, the
creation of the earth or the birth
of the cosmos. Or it may look
forward to some imagined moment,
often a cataclysm, an apocalypse. 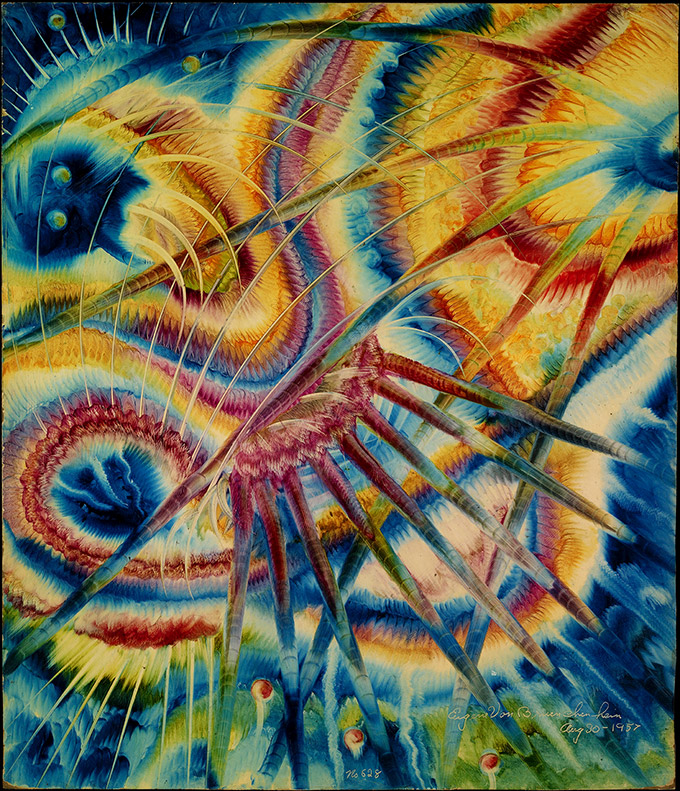